Earth, Water, Air and Fire come together to form 4 nations who are sometimes at conflict and sometimes could be peaceful. And don't forget the Kyoshi warriors.

NOVICE and WARRIOR IN TRAINING

Earth & Stone Levitation:
The most common attack, involves levitating nearby earth and stone of numerous sizes (more powerful benders can move larger masses), and propelling them at foes by punching or kicking motions.

Rock Shield:
A levitated slab of rock can also double as a shield when positioned in front of a Bender. This can also be performed as a slab or sheet of bedrock thrust out of the earths surface. The shield can be hurled at the oppenent for a more offensive move.

Earthquakes/Fissures:
Striking the ground with feet, fists, or hammers creates localized earthquakes or fissures to throw opponents off-balance. This same process can be used to sculpture a landmass or to slice large chunks of rock clean of a surface to create avalanches or rockfalls. More advanced Earthbenders can make very narrow fissures for precise attacks. 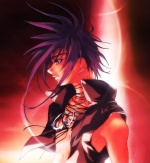 Earth Block:
Earthbenders can bring up blocks of earth, and launch them at their enemies.

Earth Gauntlet:
A much less advanced version of Earth armor that can be used to throw back opponents with hard solid force. Aang used this technique when fighting against Azula in The Drill.

Quicksand:
(warrior in training only)
By turning the ground to quicksand to immobilize an enemy, or catapult into the air and soften the earth to ensure a safe landing. They can also do the reverse of this, compacting sand together to create harder projectiles or a firmer grip on the ground.

Rock Slide:
If an Earthbender is near a cliff or mountain, he or she can cause many rocks of a multitude of sizes to fall down on his or her opponent. The Canyon Guide demonstrated that it would be possible to redirect the path of a rock slide. This is shown when he protects his "customers" from getting crushed.

Earth Column:
(warrior in training only)
A more powerful version of rock projectiles, involving forcing columns of rock out of the ground. Using a similar principle an Earthbender can shoot a stream of small ruts and protrusions from underground at their opponent. This can also be used to enhance the benders jumps. It is however limited to the ground and does not have the same range as a rock projectile.

Earth Wall:
Earthbenders can create walls of earth, which can be used for both defense and offense, and practical things, like construction.

Earth Line:
As an offensive attack, Earthbenders can create a line of twisted columns and propel it forward.

Earth Material Manipulation:
(warrior in training only)
Earthbending is not limited to rock or soil alone. An Earthbender can also manipulate coal, gems, crystals, and other earth-based material, like meteorites.

Rock Hanging:
(warrior in training only)
Earthbenders also possess limited magnetic capabilities, allowing them to grasp vertical surfaces and cling unsupported to earthen structures. The Dai Li are the only ones that have demonstrated this ability, although it may be that they are using their earth gloves to cling on the surfaces.

Earth Launch:
While Earthbenders like being rooted to the ground (some like Toph can't see in the air), they can quickly move rock beneath them and launch several tens of feet into the air, whether to catch airbourne opponents or to travel faster. Both Toph and Bumi do this in "Sozin's Comet, Part 2: The Old Masters" and "Sozin's Comet, Part 3: Into The Inferno".

Earth Compression:
(warrior in training only)
It is possible for Earthbenders to compress large chunks of rock into smaller, denser chunks, or to compress several smaller chunks into one big piece of rock. In "Imprisoned", Haru and his father Tyro used this technique, compressing several small pieces of coal into one big coal boulder. The fact two Earthbenders were required to perform it suggests that this technique is quite hard, possibly causing too much strain if used by a single Earthbender.

Earth Wave:
Earthbenders create a wave of earth that they ride on and use as a form of transportation, as Aang and Toph have both done in "The Crossroads of Destiny" as well as Roku and Sud in "The Avatar and the Fire Lord". They can also force a wave of earth outwards, and use it as an extremely powerful offensive attack, as Aang was seen doing in "The Avatar State".

Earth Bomb:
By sending a rock towards the ground, Earthbenders can cause massive damage as well as throw their opponents off their feet. Aang used it in "The Crossroads of Destiny" against Zuko, almost gaining the upper hand of the battle before the Dai Li intervened.

Remote Earthbending:
If an Earthbender is suspended from the ground, but is aware that there is earth somewhere near, the Earthbender can focus his energies and bend that earth out of his physical reach out of sheer concentration. This was shown in a flashback in "Sozin's Comet, Part 2: The Old Masters", when Bumi tells Team Avatar (sans Aang) how he freed himself during the eclipse. Bumi managed to summon some roof tiles and pieces of walls to rip open the front of his metal coffin. In "Sozin's Comet, Part 4: Avatar Aang", Aang uses this technique to summon rocks for his Elemental Sphere while in the Avatar State.

Earth Tunneling:
Earthbenders can move through the earth to out-maneuver their foes either by opening tunnels or by pulling the earth past them, literally swimming through the ground.

Earth Armor:
Earthbenders can bring rocks, dusts, pebbles or crystals around them and mold them to fit their body and create something similar to armor. They can also hide inside the earth by bending the rock around them as a shell. Later, it is demonstrated by Toph that metal can be used as armor as well. Aang used this technique with crystals against Azula in "The Crossroads of Destiny", and again with normal rocks against Ozai in "Sozin's Comet, Part 3: Into The Inferno".

Powered Compression:
This much more powerful version of the Earth Compression technique, performed only by Aang while in the Avatar State in "Sozin's Comet, Part 4: Avatar Aang". Instead of bending large chunks of earth into a single projectile, Aang gathered boulder-sized rocks and simultaneously compress each fragment into smaller, denser and harder rocks, essentially keeping the rocks under pressure for more volatile attacks if needed. Lastly, the rocks are directed to orbit around until they are put to use.

Compressed Rock Bullets:
Shown solely by Aang in his fight with Phoenix King Ozai. Aang took one of his compressed rocks from his Elemental Sphere and sent shrapnel like pieces of it with great speed, in a machine gun-like fashion. Due to the speed and density of these rocks, they made great damage to the landscape. It is similar to the Rock Gloves technique used by the Dai Li.

Greater Earth & Stone Levitation:
With their greater power and stronger connection to the earth (being the reincarnation of the planet's spirit itself), Avatars can move hill-sized statues at will. In "Sozin's Comet, Part 4: Avatar Aang", Aang moves various earth pillars in his fight against Ozai, both for offense and defense.

Rock Gloves:
The Dai Li have mastered a rock glove technique. Similar to Earth Armor, they cover their hands in small rocks then project them at a target as bullets or compacted fists to blugden the opponent. A more refined and favored method however is to use them as detachable hands, maintaining the hand shape and literally grabbing and restraining the opponent from a distance.

Sandbending:
Sandbenders are Earthbenders who have adapted to live in the Si Wong Desert. They use Earthbending in a specialized style, which emphasizes the manipulation of sand. They move quickly in the desert on specialized wooden catamaran sailers that are propelled by bending miniature, localized sandstorms behind their sails. Because sand is sediment which travels in flows, their style resembles Air and Waterbending more than Earthbending. It is displayed that most, if not all, Earthbenders are capable of easily bending sand, but because of the loose shifty nature of sand it is not an easy transition for the average Earthbender. The Sandbenders of the Desert are especially proficient with it due to their particular habitat. After the events at Si Wong Desert, Toph practiced her Sandbending, achieving a mastery over it that allowed her to create an extremely detailed sand version of Ba Sing Se in "Sozin's Comet, Part 1: The Phoenix King".

Mudbending:
It has been seen that Earthbenders can bend earth in mud as well. In The Drill, Katara halted the flow of the slurry on the back of the drill to prevent Ty Lee from following her. Later on with Toph's aid, they were able to push the slurry back into the drill. Also seen when Katara and Toph end up fighting when they were supposed to be training Aang in The Runaway.

Seismic Sense:
A technique originally used by the blind badgermoles, skilled Earthbenders are able to sense vibrations through the ground, "seeing" by sensing their surroundings and making a mental image of it. It allows for 360 degree "vision", outside of normal line-of-sight. To operate, the user needs direct contact with the ground, preferably without something like shoes in between. It only works on earth-based material, including metal- practicioners cannot use the ability on non-earth grounding like ice. Being blind, Toph constantly uses this technique to navigate the world; she describes it as "kind of like seeing with my feet". During his training with Toph, Aang also developed this ability; they are the only known humans to use this technique. Aang used this during a three-way training section with Toph and Katara, and again during his fight against Ozai. Due to Toph's extensive use of the technique, she has discovered other applications of it. She is capable of identifying people by the way they walk, and can almost always tell if someone is lying by sensing his or her physical reactions, such as breathing and heart rate.